Jae has been thrilled with the news of ATEEZ being on the show with ONEUS and so far it lived up to the hype and everything else she had hoped for. Both groups had performed their new songs, they introduced themselves individually, and even finding out what type of faculties both groups are!

Going back and forth between what both groups have accomplished, she's a bit jealous of their companies coffee shop to be honest, to showing off Yunho and Keonhee's specialties. She sat quiet and comfortable in between Seonghwa and Mingi listening to the hosts...that is until Keonhee mentioned he had strong toes. Eyes moving slowly to Seonghwa who held back a laugh at the disgust on her. She hates feet and he knows it. Shifting almost uncomfortably when the hosts began to bicker over who of the two he should pinch with his toes. From to disgust to interested, all members, and Jae leaned forward curious to see if he really could open a bag of snacks with just his toes. Before she knew it the room was filled with loud cheers as the bag ripped open, "wow.", was all she could mutter to herself while everyone else jumped up excitedly.

After the excitement died down all of the attention was turned towards ATEEZ, "You've seen what specialty the ONEUS faculty has. What's your move, ATEEZ?" Feeling Mingi nudge her she turned to see Wooyoung happily raising his hand, "We also have prepared members! We have someone who can make themselves cry!"

A chorus of Ooo's sounded from the other group while letting their eyes travel over each member attempting to figure out which one of them it could be. Raising her hand the hosts motioned for her to come to the middle. Everyone watched with wide eyes and in complete silence before a gasp was heard from a member of ONEUS. Within seconds of staring at the camera tears had gracefully started to spill from her eyes. Turning her back to the camera to look at the hosts she laughed at the look on their faces. "Don't cry!", "We need tissues", "that's what I wanted to do when he pinched me with his toes", were just some of the comments she caught when going back to her seat. Wiping away some of the fake tears she heard one last comment from a member of ONEUS that caught everyones attention. "She really looked so sad I wanted to hug her.", turning around she happily opened her arms waiting for the person to claim their hug. Now that caught her group members off guard. Watching as Hwanwoong stood up she met him half way before wrapping their arms around each other and smiling at the camera, "he's my friend now.", laughing at herself she pulled away in time to see him nod his head and laugh along with her.

After both returned to their seats, but not before Jae laughed at San for pouting, they watched in awe as Jongho split open apples with his hands and even handed out the broken fruit to everyone, but then... It got serious. All eyes on the watermelons that had been brought out, one for Leedo and one for Jongho. Jumping out of her seat when Leedo punched the watermelon she stood there in shocked and then even more shocked when Wooyoung, Seonghwa, and Mingi ran forward to eat some of it. Sitting back down she covered her mouth seeing as her jaw had dropped in surprise at his strength. Observing Jongho's situation now she knew he wanted to break the watermelon in half, he's competitive like that and when someone seems stronger than him? That's not good.

Noticing her fellow members hiding behind the tiny white furniture she giggled to herself before feeling a tug on her hand that brought her down next to Hongjoong. Nodding at him at a way of saying that she got what they were going for she gave a quick shout to the maknae, "Jongho, I believe in you!", staring down at the watermelon he gave her a quick thumbs up before bringing his fist up and then back down literally smashing the watermelon in half. He made it look so easy. Like he wasn't even trying. She was shocked when Leedo did it, but with Jongho clearly she was impressed with what she saw.
~
They've revealed secret talents, they've destroyed fruits, and they even sang, but what happened next she wasn't prepared for.

They had put together a gourd with a very special phrase inside and all they needed to do was break the gourd first and they would win! Simple, right? Wrong.

Watching Hwanwoong enthusiastically run around waving to show off his headband she cheered and smiled at his cuteness as one of the mcs began to speak. "You are nine and six respectively. Can an ATEEZ member who's close to ONEUS members join ONEUS?", Shaking her head as Mingi walked over to the other group without a second thought. Her eyes slowly widened in shock as he turned around and grabbed her hand to drag her into the group with him looking back at Hongjoong with eyes that jokingly screamed for help she reached her hand out to her boys until Mingi grabbed her other hand and held them in his own. "Will it be alright? Are you sure?", to Hwanwoong's question she shook her head once more standing between Mingi and Keonhee for a moment not moving an inch, laughter held in, even as they did their intro. Eyes moving quickly over to her actual group she acted fast slipping her hands out of Mingi's and running back over to hide behind Yunho giving everyone a good laugh at her actions and how she now appeared to be nervous. Picking up a few of the hacky sacks Jae tossed one up and caught it with ease waiting for the green light from one of the mcs to begin throwing them at the gourd.

With the sound of the whistle all hell broke loose with the loud sounds of the gold colored gourds being hit, words of encouragement, and yelling from both teams... mainly Keonhee asking not to be killed as he attempted to collect more hacky sacks off of the floor.

With one last throw it fell open letting the balloons and streamers free around them showing that ATEEZ were the lucky ones to break the gourd. The winning group erupted into cheers at the sight jumping with joy and relishing in their victory. Brows furrowed in confusion watching as Mingi attempted to celebrate their win with them only to be pushed back with ONEUS by Hongjoong and hit with a hacky sack by Jae. His head snapped in her direction causing her to hold her hands up to block herself backing up in the process as he walked towards her. She struggled to keep him at an arms distance before giving up and letting him pull her into his arms just as the mcs announced that ATEEZ were the winners.

A request from  [17’s Fin] for ATEEZ appearance on Weekly Idol episode 429. 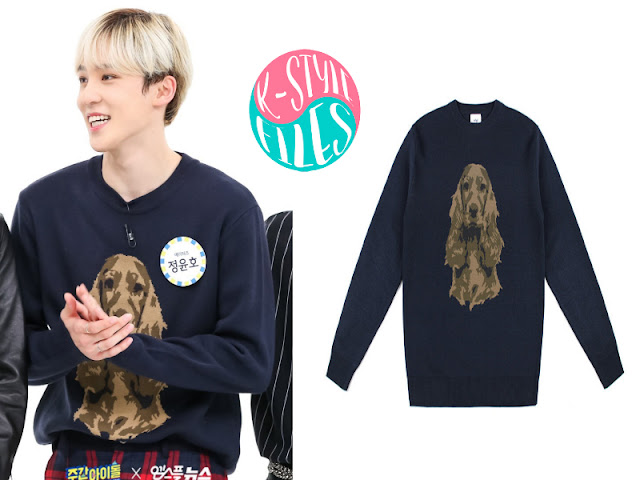 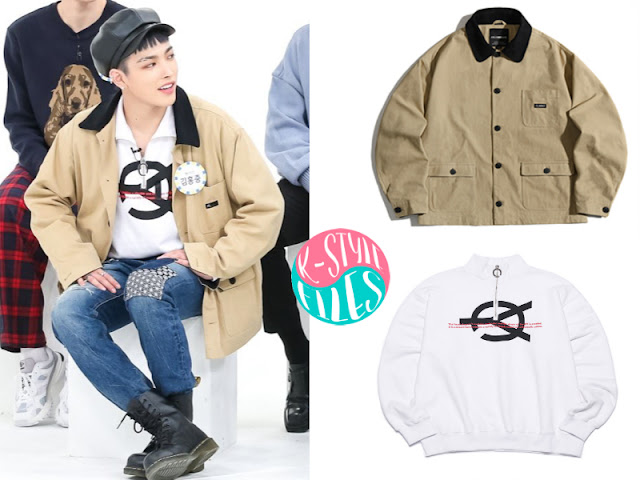 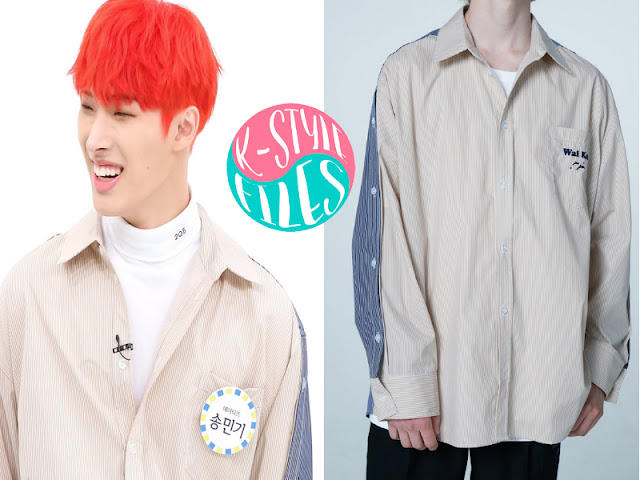 Mingi is wearing the Mixed Shirt from WAIKEI

See this in the appShow more

Tell me. Furious desire took possession of me, I began to tear off her clothes, Tanya put her hands on my head and ruffled. My hair. When my wife was wearing only panties and a bra, I picked her up and carried her to our room.

A few minutes later, Lala, with a blissful expression on her face, was already basking in a pleasantly hot bath. She almost floated in the freshly scented sea salt water, barely touching the bottom. She always liked to lie so relaxed, to listen to the noise of the gathering water in detachment and to feel almost like a sea nymph.

With every minute of such aroma-aqua therapy, thoughts in my head floated more and more slowly and calmly. There was already enough water, and Lala, without opening her eyes, with a habitual movement groped for the mixer and closed the tap.

Come on, nothing, I was even pleased. Can you get a discount for the inconvenience. Oh, how nice of you. And, having paid a quarter less (which, in fact, is not supposed to be in the supermarket at all), I leave with the trophies. Well, shopping has already gone right.